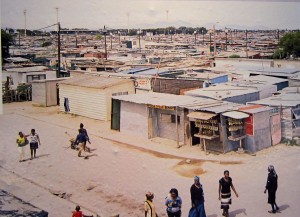 IE3 interns in Cape Town, South Africa are hosted by an organization called Volunteer Adventure Corps. Along with the basics of housing and orientation, they provide interns with the added support of an intern community accompanied by weekly activities. These are usually offered on Friday afternoons and range from hikes and winery tours to opportunities to do volunteer work. One of our trips in February was to a pair of medical clinics located in two of the local townships.

For those who are unaware of the historical background of the townships, they are a reminder of the decades of separatism in South Africa that will take generations to heal. This is where the sharp divide between the “have’s” and “have not’s” is most clearly visible. The first township was created in Cape Town in 1902 at the time of an outbreak of the bubonic plague. Whites had been looking for an excuse to initiate segregation and used the threat of contagion as an excuse. Over time people came to be divided into classes, with the white minority population literally at the top of the pyramid. Next came “coloured’s”—those of mixed race and Indians imported as laborers from the subcontinent. At the bottom of the pecking order were the black majority population encompassing all members of the tribes native to Africa. During Apartheid blacks were repeatedly resettled and forced to live apart in designated settlements sometimes referred to as “native yards.” The township was perpetuated in Cape Town by squatters who refused to move away from its possibilities for employment. Apartheid ended twenty years ago, but today the townships still suffer for lack of basic infrastructure, housing and services. Cape Town is also the “whitest” city in South Africa. 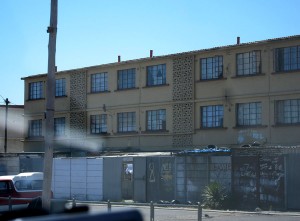 Here the mission was to make more progress in the battle against the weeds and to help expand their vegetable garden. To see what they have accomplished here so far was both huge and sobering. The soil is extremely poor, and predominantly sand. The tools that are available are ill-suited to the task. I’ve been in one of the local hardware stores, and the most commonly available shoves are the short-handled variety with straight blades and small pitch forks, also short handled. Hand tools are scarce. They are fighting with grass so industrial that it makes the “quack grass” of the Pacific Northwest look like child’s play. These shovels can barely penetrate the surface of the soil because the grass is so tough and matted. The roots spread like quack grass, but are tough enough to invite pruning shears. This is also the type of root that will re-sprout from each piece. Thus, to achieve lasting success it is necessary to get every bit of root out. As I say, they have made admirable progress given the challenge. Our group cleared more ground to the best of our ability, planted some seeds and plant starts, watered them in and moved on.
[album: http://www.catwingz.com/blog/wp-content/plugins/dm-albums/dm-albums.php?currdir=/wp-content/uploads/dm-albums/Heideveld/]

3 thoughts on “Gardening in the Townships, Part One: Background & the Heideveld Clinic”